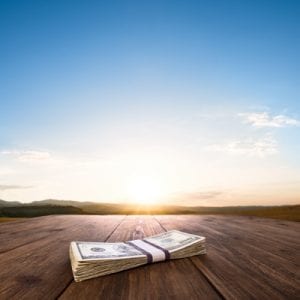 Over 70 percent of Bachelor’s degree recipients need to borrow money to attend college – having racked up $1.3 trillion in student loan debt nationally. With the average debt being over $29,000 at graduation time, student debt is putting a major strain on the economy.

NY Fed economist Rajashri Chakrabarti outlined the possible effect of the growing student debt, noting not only has the amount of outstanding debt increased, but the rate of default for these loans has skyrocketed. “The trends in the student debt market we observed and the default rate patterns we have described paint a sobering picture of trends in higher education loans,” Chakrabarti wrote. “If these outcomes do not improve substantially over the near future as the economy continues to recover, these may serve as a drag on the financial well-being of the nation.”

Chakrabarti found that while the default rate for all types of schools has increased considerably over the last 15 years, for-profit schools have consistently had much higher rates of default than not-for-profit ones. “From 2004 onward, the default rate at for-profit institutions is roughly two to three times the rate at any other type of four-year institution.” Federal figures show most people in default on student debt owe relatively little—under $10,000—because they dropped out of school. They tend to work in low-paying jobs or are unemployed. Among all Americans between ages 20 and 30 with student loans, the typical borrower pays $203 a month toward the debt.

In 1990, less than 47 percent of students took student loans. Fast forward to today where there’s been a nearly 25 percent increase. Since 2005, when student loan debt totaled $363 billion at an average $17,223 per student, in the last 11 years, student loan debt has more than tripled.

Now students are living in purgatory; carrying out their professional dreams from their childhood bedrooms. Today’s college graduate is less likely to get married, buy a car, or buy a home. America’s youth is being held back at a time when they should be building up savings and starting their future.

As a nation, how do we fix the issue?

If you ask the presidential candidates, there are a number of tactics that might work:

Trump has decried the impact of debt from loans on college students, but beyond his promise to create jobs as president, he has not offered a concrete proposal to address the issue. Trump has criticized the federal government’s student loan program for making a profit, saying, “that’s probably one of the only things the government shouldn’t make money off. I think it’s terrible that one of the only profit centers we have is student loans.”

Clinton has proposed that students from families making less than $125,000 a year be able to attend a public college or university in their home state without having to pay tuition, and that all community colleges be tuition-free. Under her plan, students with existing student loan debt would be able to refinance.

Green Party nominee, Jill Stein, has been trying to make her mark on the 2016 presidential race by calling for the cancellation of all student debt. She says the Federal Reserve could do it with a wave of its magic monetary wand. Stein compared her plan to quantitative easing: “It’s simply a debt that was bought up by the U.S. government, and then essentially zeroed out, canceled,” she said.

No matter what happens in the next election, the student loan debt issue is a big one that could be the next housing bubble or dot com crash emergency for the nation.

Is there an up-side? Definitely.

Bachelor’s Degree holders make an average $17,500 more per year than their high school-educated peers, and are significantly less likely to face unemployment. Those holding only a high school diploma are also 16 percent more likely to live in poverty, so the student loan debt that’s so often taken on, likely still has an up-side for the debt-holder in the long-term.