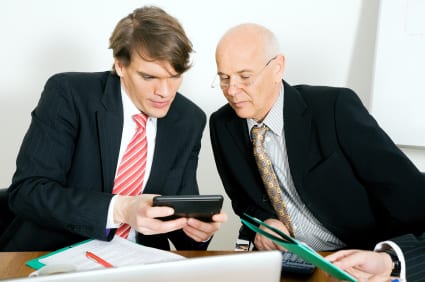 Keeping on top of tax compliance is one aspect of the working relationship that debtors and bankruptcy professionals have with accountants or financial advisors.  One pitfall I’ve seen is that some debtor companies neglect their informational and income tax reporting responsibilities while in bankruptcy.  Many times it’s an oversight because an accountant was retained late in the process. Or, what is more often the case, the debtor company is not aware that bankruptcy does not stay a business entity’s ongoing tax compliance responsibilities.

Unlike an individual, when a company files bankruptcy, a separate bankruptcy estate is not created.  The debtor company must continue using the same identification numbers, tax year, forms, etc., as it did prior to filing. Basically, the business entity continues unchanged for tax purposes.

For example, if a calendar year corporate debtor filed a bankruptcy petition on February 7, 2014, the prepetition 2013 tax year returns must be prepared.  Federal corporate income tax returns are due or need to be extended by March 15.  New Jersey and Pennsylvania state corporate returns are due April 15.

Debtor companies and their professionals should take advantage of filing extensions to obtain an additional six months to gather necessary information, or if records are incomplete, to reconstruct them. Note that a valid extension requires projecting the taxes due and remitting them with the extension request.

Payroll, sales tax, and other tax returns must continue to be filed even if there is no activity.  If the entity is to be liquidated, shut down certain tax accounts, such as sales tax.  Until all wage claims have been paid, payroll accounts should remain open. Bankruptcy Code §346 addresses taxes imposed by federal, state and local laws.

Federal form 1099 reporting is usually overlooked. Debtors engaged in a trade or business must issue these for services rendered by non-employees and in other situations. Reporting is based on a calendar year and recipient copies were due by January 31, 2014, while government copies were due February 28, 2014. Penalties range from $30 – $100 for each information return not filed.

In New Jersey and other states, a business entity – not just corporations – must comply with an annual report filing. The fees are small – $50 for New Jersey – but non-filing can result in big headaches. In addition to accumulating interest and penalties, it can complicate an entity’s attempt to continue doing business in the state or to withdraw from it.

Some bankruptcy plans include the formation of liquidating trusts.  These trusts have various income tax return filing requirements as well as implications to the grantor (the creditors).

Retaining an accountant from the start is critical in assisting the debtor; from the aforementioned tax compliance to developing a plan of reorganization and through the many steps debtors take through the bankruptcy process.