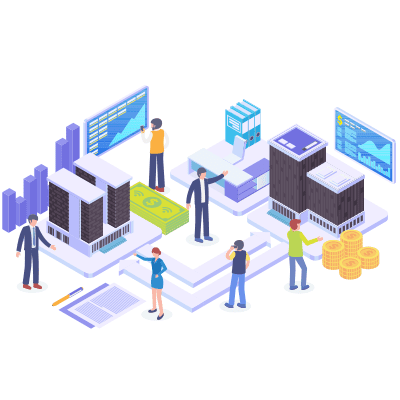 The first quarter of 2022 was a reminder that there are times, though rare, when both the bond market (the “safe stuff”) and stock market can go down at the same time, as they grapple with the same host of emerging economic and geopolitical uncertainties. Heightened uncertainty creates challenging times for financial markets, a dynamic that will likely be with us for much of 2022.

I recall writing my April 2020 commentary, not in my office but at home. I’d just stripped off a homemade “hazmat suit” in my garage, back from a socially distanced trip to the supermarket, walking among many near-empty shelves and following one-way directional arrows in all the aisles.

In 2020, at the beginning of the pandemic, no one knew how rapidly and dramatically Covid would change the world. Most global economies shut down, and markets were falling. Quarantined at home, fearing for our lives, we consumed a steady flow of conjecture from “experts.” Those with the most apocalyptic medical or economic predictions seem to get the most media attention.

In April 2020, it might have seemed foolish to imagine what would happen over the next two years—that the markets would have rallied, and to such a degree; that consumers would be as flush with cash as they are; that unemployment would be at near-record lows with average hourly wages at near-record highs; and that all those positive outcomes would be accompanied by unprecedented acceleration and adoption of technological efficiencies in almost all industries. It was hard to imagine this because initially the focus was on what could go wrong rather than what could go right. The media always uses the same playbook: when people are fearful, just keep freaking them out more and they’ll keep tuning in.

Currently the challenges to the market are serious — mounting inflation, rising interest rates, supply chain disruptions, lockdowns in China, and Russia’s invasion of Ukraine—but to me they somehow collectively seem less visceral than the threats to our physical and financial stability we experienced when Covid-19 arrived with astonishing speed and seeming invincibility.

I have no special insight into the workings of Putin’s mind, the potential of the Covid virus to mutate, or how the economy will react to the liftoff of interest rates, going from near zero for over a decade at the same time as the economy is still digesting the seven trillion newly-minted stimulus dollars that poured out of Washington.

The media and internet likely have you well-briefed about what can go wrong in the short-term, so I’d prefer to offer some thoughts about what could go right over the mid-to-long-term.

One big lesson from the past two years is that relying on just-in-time supply chain management from global sources leaves us vulnerable to disruptions that threaten our well-being and national security.  Here and abroad, industries are starting to build inventories and “on-shoring” the manufacturing and delivery of essential items and components.  Both developments should significantly boost our economy and thus be positive for the markets.

For national security and economic resiliency reasons, Russia’s invasion of Ukraine has forced us into rethinking our energy policies.  Any long-term scenario will probably see the West greatly curtailing its reliance on Russian supplies of oil and gas, which will lead to an acceleration of investment and growth in the energy complex.  New methods and technologies will emerge on dual fronts, one geared toward making green energy alternatives more economically scalable and the other toward making the burning of fossil fuels less environmentally damaging.

It is also reasonable to expect that more efficient ways of transporting our abundance of natural gas overseas to our allies will make the United States, rather than Russia, their preferred provider of energy resources– clearly a big positive for our economy.

Paying attention to inflation is absolutely warranted, but without the context of a time frame much of the media’s focus on it is just fear-inducing chatter. Inflation is at a record 40-year high, but if upward pressures have not peaked already they will likely be dissipating as we head further into the year. That’s because consumers are currently on a spending spree, flush with cash saved while sitting home watching Netflix for the past two years. Thanks to the vaccines, pent-up demand for practically everything sprang back much quicker than businesses were prepared for, causing dramatic price increases as more dollars chased fewer available goods. This dynamic is already in the process of working itself out, and I expect that by year end inflation will be running at a significantly lower rate than today’s 8.5%.

But an overdue result of today’s hot inflation numbers is that the Fed is finally moving interest rates up from zero. True, overly aggressive rate hikes could cause the economy to dip into a recession, defined as two consecutive quarters of negative GDP growth. (Fighting high inflation is similar to fighting high blood pressure: The medicines to cure each are well known but might cause gastrointestinal problems until you find the right dose.) Still, rate increases are totally warranted, and retirement savers will no doubt welcome the prospect of making a respectable rate of return on their “safe money.”

There’s no certainty in predicting the future, but I am certain that things are never as bad as the continual dread-inducing messaging would have us believe. As I think back to April 2020 and the many permutations of negative economic outcomes I was contemplating then, one thought in particular stands out to me now: The catalysts for the biggest positive changes most often arise out of the biggest negative events.

DISCLAIMER: This article was originally published on April 13, 2022. This report is published solely for information purposes and is not to be construed as the solicitation of an offer to sell or an offer to buy any security. The report is based on data obtained from sources believed to be reliable but is not guaranteed as being accurate and does not purport to be a complete summary of the available data. The opinions expressed herein are those of Mercadien Asset Management and are subject to change without notice.