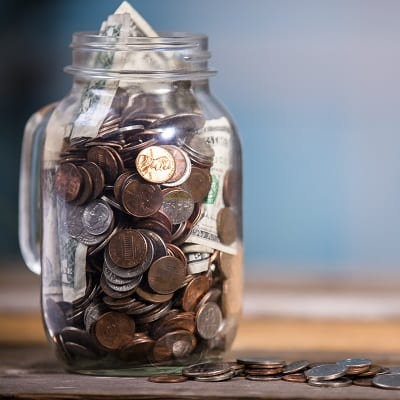 A new year presents the opportunity to chase goals or restart the pursuit of old goals that weren’t met. The University of Scranton reported that 34% of Americans made a New Year’s resolution in 2015 that dealt with improving their financial well-being. I am not fond of resolutions; they tend to come and go.  Instead, I prefer the term “lifestyle change,” as this indicates a much more meaningful change, one that tends to stick around longer than a resolution.

As a middle class family of four, with mortgage debt, student loan debt, and daycare tuition, I relate to the financial strain that many households face. Unexpected expenses pop up and can quickly drain savings, forcing families to live paycheck-to-paycheck or rely on the easy, but high-interest money credit cards provide, quietly expanding a family’s lifestyle to what feels comfortable, while accumulating debt that can snowball into thousands of dollars before you know it.

I’ve decided that this year it’s time for a lifestyle change for my family and me. We’re going on a diet.  But, what does dieting have to do with financial stability? This diet is going to be an ALL CASH DIET or #AllCashDiet. We’re going to trim our expenses to ensure we don’t fall into the debt trap that led to over one million American bankruptcies in 2013.

In preparation for this all cash diet and in an attempt to shock my family into agreeing to participate, I found some pretty gory financial statistics from the Federal Reserve:

I refuse to become a number in any one of those statistics. Our goal in 2015 is to pay for everything we need in cold hard cash.  Now, we didn’t exactly go all “Enron” and fire up the shredders to destroy our plastic. We simply took the credit cards out of our wallets and secured them. For items that require recurring payments, we made phone calls and had those items attached to our debit cards (which pulls cash directly from our checking accounts) or directly to the checking accounts.

Through the end of the year, I’ll track my family’s progress on our #AllCashDiet, including the highs, lows and challenges, as well as provide tips and facts that can be enjoyed and put into practice by all. You don’t have to be a millionaire to live a lifestyle within your means, and doing so may just put you on the fast track to becoming one.

The author of this article, Bryan Screws, is a former employee of Mercadien.