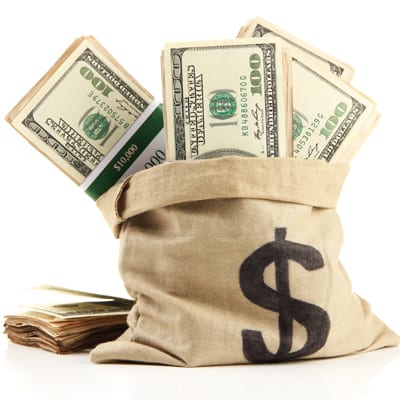 The Organization for Economic Co-operation and Development (OECD) has released the statistics on the Program for International Student Assessment (PISA) which surveyed students in 18 countries on their knowledge and skills in dealing with financial issues. The OECD reports, “PISA included an assessment of students’ financial literacy – the first international survey of its kind. Some 29,000 students – representing around nine million 15-year-olds – participated.”

Out of 18 participating countries, the top five performers were China, Belgium, Estonia, Australia, and New Zealand. The U.S. came in just below Latvia, at number nine. China was by far the leader, more than 110 points ahead of the U.S. and more than 50 points ahead of Belgium, in the second place position.

Results showed fewer than 10% of students surveyed worldwide were able to score in the highest proficiency level on the two-hour test. Questions ranged from basic real-world scenarios, like recognizing which party owes the money on an invoice or the amount charged for shipping, to more complex questions like choosing between two loan proposals on their financial merits.

“Financial products and services are becoming increasingly complex, and young people today will have to make more financial decisions in their lives than their parents do today. Students nearing the end of compulsory education are already consumers of financial products: many have bank accounts, use online payment services and have a mobile phone. Many are also about to decide, with their parents, whether to continue on to higher education and, if so, how to pay for it. But are 15-year-olds acquiring the financial knowledge and skills needed for their adult lives?”

The test results show that the U.S., despite significant investment in education, has not grown at nearly the same performance rate as competing countries and economies. The Slovak Republic spends an equivalent 53,000 U.S. dollars per student compared to the U.S. spending an average of $115,000 per student. The eye-opener – students in these two countries perform at the same level on the PISA test. While the scores varied by more than 225 points between the top and bottom performers, only 16% of a country’s mean financial literacy score is explained by a country’s wealth.

Michael Davidson, Head of Schools for OECD, says that socio-economic diversity has far less impact on financial literacy education in China compared to the U.S. Only 50% of Chinese students are in schools that offer a financial education program, but their scores are far above all other countries tested. The U.S. has approximately 70% of its students enrolled in schools with financial education programs, but sits more than 110 points behind China in financial literacy among students. Davidson says this means students in China are obtaining those skills in other ways; through other classes and education. The U.S. has the strongest correlation between socio-economic background and financial literacy scoring, with those from wealthier backgrounds, scoring higher in the assessment.

It’s not that there is more socio-economic diversity in the U.S. population, but rather systems, such as the one in China, with roughly the same diversity as the U.S., that are designed to equalize backgrounds and education levels. “The U.S. has about the average number of top-performing students, but at the other end of the spectrum, there is a higher percentage of students who are performing below the baseline,” says Davidson.Difficulty in financial literacy in the U.S. is consistent in adulthood, according to the 2014 Consumer Financial Literacy Survey conducted by the National Foundation for Credit Counseling. The poll finds that 41% of the U.S. population give themselves a C, D, or F on their knowledge of personal finance, down a point since 2013.

What does this all mean for the U.S.? According to the OECD, “Students in the U.S. have particular weaknesses in performing mathematics tasks with higher cognitive demands, those taking real-world situations, translating them into mathematical terms, and interpreting mathematical aspects in real-world problems.” These abilities are some of the key components of financial literacy and understanding the financial world around you. “An alignment study between the Common Core State Standards for Mathematics (CCSSM) and PISA suggests that a successful implementation of the Common Core Standards would yield significant performance gains also in PISA.”

Perhaps New Jersey is ahead of the curve, having adopted the Common Core in 2010, with full implementation in the 2013-2014 school year. The common core in New Jersey replaced the previous English and Math curriculums, while the other seven curricular areas remained unchanged. This may prove highly beneficial for New Jersey in the long run, as the 21st Century Life and Career Standards, another curricular area, requires Personal Finance as a half-year course.

The next PISA test will take place in 2015 with results released in 2016. Stay tuned to see if changing over to the Common Core Curriculum positions the U.S. on the podium.

See where you fall in the rankings by clicking the link to see the types of questions asked on the test. https://www.oecd.org/pisa/test/.

Averages by country in the financial literacy survey: