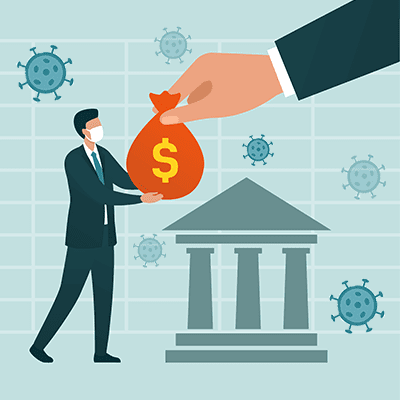 On January 6, 2022, the U.S. Department of the Treasury released the Final Rule for the Coronavirus State and Local Fiscal Recovery Fund (SLFRF), providing increased guidance to state, local, and Tribal governments across the country to support their response to and recovery from the COVID-19 public health emergency. The Final Rule builds on the successful implementation of the Interim Final Rule released in May 2021 and incorporates feedback from the stakeholders on the programmatic rules and eligible uses of funds.

While the final rule’s formal effective date isn’t until April 1, 2022, state, local, and Tribal governments are provided with the flexibility to either continue following the guidance from the interim final rule or take advantage of the final rule’s additional flexibilities and simplifications now, even ahead of the effective date. These expanded provisions can additionally be applied to those eligible expenditures incurred beginning March 3, 2021.

With the release of the Final Rule, the Department of Treasury aimed to provide local governments with added flexibility in the implementation of the SLFRF’s intended purposes of increasing resilience against the ongoing threats of the pandemic, supporting families and businesses struggling with its public health and economic impacts, maintaining and sustaining vital public services, and facilitating a sustainable, equitable recovery through investments building long-term growth and opportunity. With the increased applicability of funds, communities may now use the grant to:

Under the guidance provided by the Interim Final Rule, local governments were granted the opportunity to utilize SLFRF funds to replace revenue losses introduced due to the onset of COVID-19. These funds carry the greatest level of flexibility under the program, with their intended purpose to pay for general “government services”. To calculate the quantity of lost revenue, Treasury provided recipients with a 4-phase computation methodology, identifying the difference between the locality’s projected counterfactual revenue and its actualized revenue for each year of the grant’s performance period. However, to reduce the burden on those recipients with limited administrative resources, Treasury released the following provision:

In addition to updates to expenditure eligibility and discretion of spending, the SLFRF Final Rule additionally provides revised guidance to recipients for the reporting responsibilities each must undertake. For each locality, a series of three reporting requirements were established within the Interim Final Rule, to ensure that the utilized funds are expended in a manner consistent with Uniform Federal Guidance 2 CFR 200, as well as the SLFRF program-specific guidance. Collected through April 30, 2027, these three reporting requirements include: an Interim Report due August 31, 2021, providing a summary of all expenditures from the date of award through June 30, 2021; Project and Expenditure Reports due quarterly through the term of the program, detailing project eligibility, status, and associated expenditures; and Recovery Plan Performance Reports due annually through the term of the program, detailing project overviews, eligibility, intended outcomes, and status of progress towards completion. To ease the administrative burden on recipients, the Final Rule adopts the less restrictive requirements provided in Version 2.1 of the SLFRF Compliance and Reporting Guidance. Additionally, the Final Rule adds the following revisions to the justification and reporting of capital expenditures:

To facilitate the reporting process for capital expenditures over $1 million, Treasury has defined the components necessary for a satisfactorily written justification. Each project profile should include:

State, Local, and Tribal Governments Still at Risk for Claw-Backs

While the SLFRF Final Rule does serve to ease the administrative burden placed upon recipients through the expansion of eligible expenditures and reduction of reporting requirements, localities must resist taking on the mindset that the funds can now be utilized for any desired application. The guidance on ineligible use of funds remains consistent with what was provided within the Interim Final Rule. Among a variety of ineligible expenditures, the following utilization of funds continue to be disallowed:

Although the reporting burden placed on recipients has been decreased, state, local, and Tribal governments are still placed under the highest level of scrutiny. Treasury has stated that it recognizes money is fungible by nature and is taking all efforts to ensure the funds are not utilized in a manner to offset the costs of ineligible expenditures. The federal government has already shown its commitment to clawing back money not spent in accordance with the programmatic guidance, as it is currently in court with multiple states over their use of funds.