Home > Knowledge & Insights > Newsletters > What Do You Need to Know About the Accelerating Charitable Efforts (ACE) Act? 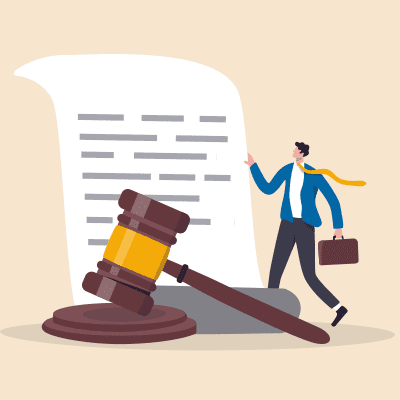 The Accelerating Charitable Efforts (ACE) Act is proposed legislation aimed at reforming the tax laws that cover charitable donations made by Private Foundations (PFs) and Donor Advised Funds (DAFs). The Act is supported by a bipartisan organization called The Initiative to Accelerate Charitable Giving, or IACG. One aim of the proposed legislation is to restructure the rules that govern PFs and DAFs. The potential impact of this bill, if passed, could be profound to certain not-for-profit organizations and philanthropic individuals.

WHAT IS THE STATUS OF THE ACE ACT?

The ACE Act is a proposed amendment to the Internal Revenue Code of 1986 and is currently with the Senate in the 117th Congress as a bill titled S.1981.

THE POTENTIAL IMPACTS OF THE ACE ACT

If it is passed, the ACE Act will impact organizations or individuals involved with private foundations or donor advised funds.

Private Foundations must distribute in the form of Charitable Purpose Disbursements (CPD) 5% of the value of their assets on an annual basis in order to avoid excise taxes.  Donors who have PFs often use DAFs for grantmaking purposes within the PF, in part to reduce administrative costs or to make anonymous donations. Currently, distributing funds from a PF to a DAF counts towards the foundation’s annual distribution requirement.  The changes to PFs embedded in the ACE Act are threefold:

The ACE Act will sharply limit donor control over their DAFs into perpetuity, first by disallowing immediate charitable deductions for gifts to most current DAFs. The Act creates new categories of DAFs each which has a different tax impact to the donor. Here is the language in the bill itself about DAFs:

Many gifts that don’t fall into a new DAF category will be treated as a gift to a “Non-Qualifying Donor Advised Fund.”

The ACE Act may be attempting to increase the liquidity of charitable giving. Political sponsors claim that reforming existing DAF rules with the addition of two new types of DAFs will speed the provision of funds to working charities.

The two new DAF types in The ACE Act are as follows:

15-YEAR DAFs — This new form of DAF gives donors upfront tax benefits only if the funds are distributed (or advisory privileges released) within 15 years of the initial donation.

50-YEAR DAFs — In an “aligned benefit rule,” a DAF donor can receive estate tax benefits and capital gains but not the income tax deduction until the funds are distributed to the recipient, no later than 50 years after the initial donation. There is a caveat for Community Foundations to retain advisory privileges if total donated funds (adjusted for inflation) are less than $1 million.

Some of the issues or perceived issues the ACE Act attempts to address were earlier referenced in an IRS notice, numbered 2017-73. For Mercadien clients, we see a particularly relevant point of consideration, first suggested by 2017-73 and now brought to bear in the ACE Act. Namely, the Public Support Test, which is an existing provision in the IRS tax code that affects many of our clients with public charity status.

New DAF categories within the ACE Act could have the following impact on public charities:

“[A] donation from Mr. Smith’s DAF to a public charity supported by the DAF and Mr. Smith  who has an existing relationship to the charitable organization (board member of repeat donor of Public Charity XYZ)  might not be considered public support, which could threaten the charitable organization’s tax characterization as a public charity (and risk being treated as the less tax-advantageous private foundation). These rules would also require that a DAF gift without an identified donor be treated as anonymous and lumped with any other anonymous gifts received, making it more difficult to pass the Public Support Test.”

SHOULD YOU BE CONCERNED ABOUT THE ACE ACT?

Many analysts feel that the ACE Act could threaten advisory privileges or otherwise de-incentivize charitable giving. At our firm, we are also aware of the issue related to an organization’s tax characterization, delineated above. Ultimately, whether or not the Act passes, it is vital that nonprofit organizations and the donors who support them are aware of these conversations in the broader cultural milieu.

Whether the ACE Act is passed or not, the best defense is meticulous preparation. If you need guidance through the complexities of how the ACE Act may impact your organization, or you as an individual, contact me at lbuttar@mercadien.com or 609-689-2421.

DISCLAIMER: This advisory resource is for general information purposes only. It does not constitute business or tax advice, and may not be used and relied upon as a substitute for business or tax advice regarding a specific issue or problem. Advice should be obtained from a qualified accountant, tax practitioner or attorney licensed to practice in the jurisdiction where that advice is sought.