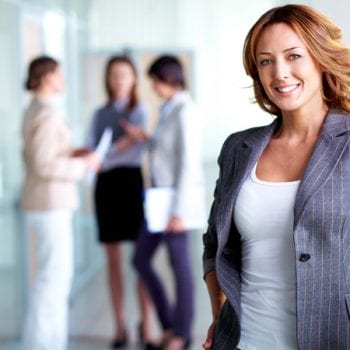 Mercadien Asset Management President Ken Kamen was featured on NJ 101.5 FM’s Forever 39 Podcast on April 11, 2018, where he discussed the issue of retirement savings and why women need more money than men in retirement. To listen to the  podcast, click here.

Here’s key points from the podcast: If you find saving for retirement to be a struggle, welcome to the club. On this episode of Forever 39, we talk with Ken Kamen, president of Mercadien Asset Management, on the steps you should be taking now to live out your golden years in bliss.

The 2018 Retirement Savings survey from GoBankingRates paints a pretty disturbing picture about the state of retirement accounts in the U.S. More than 40 percent of Americans have less than $10,000 saved for their retirement. And if you think that’s bad, the news gets worse. The survey also finds that 14 percent of those polled have zero saved for retirement.

So just how much do you need to save in order to live worry-free in retirement? According to Kamen, a lot depends on the type of lifestyle you’re trying to save for.

“There are a lot of choices people can make — whether you live in a high tax state or low tax state, if you’ve done a lot of traveling in your life and your not looking to fund traveling when you retire. So there are so many things that you have to think about envisioning your future and then work backwards from that,” he tells us.

For women, saving enough can be an even greater challenge because not only do females face a pay gap, but they also have a higher life expectancy than men. According to statistics from the Centers for Disease Control and Prevention’s National Center for Health Statistics, the life expectancy for women in the U.S. is 81.2 years. For men, it’s 76.4 years.

The percentage of men and women who have nothing saved toward retirement is pretty equal, according to the GoBankingRates survey, but that’s where the similarities stop. The survey finds that for those people that do have a retirement savings, men are more likely than women to have a larger account balance. Only 13 percent of women surveyed have $300,000 or more saved for retirement, versus 19 percent of men.

So why aren’t Americans doing a better job saving money? Two of the most common answers given in the survey is “I’m struggling to pay bills” or “I don’t make enough money.” The survey finds that women were more likely to cite these reasons over men. In fact, 43 percent of women said they can’t save for retirement because they don’t make enough money, compared to 36 percent of men.

And while the news is bleak … there are several steps that you can take right now to get yourself on track for a financially healthy retirement.

Kamen says you can’t freak out if you haven’t started saving for retirement, but you certainly need to start doing something.

“The number one thing anybody that’s afraid of their future and what it might bring fiscally … is to start educating themselves. Start understanding what a stock is, what a bond is, what compound interest does, how you can save capital, does your company have a 401(k),” Kamen says. “Too many people say ‘I’m not good at math. I’m not good at money, This isn’t my thing,’ so they kind of allow that to be some excuse not to do it.”

So click on the podcast player above if you’re interested in learning what steps you can take today to make sure you can afford to retire in 20 or 30 years.