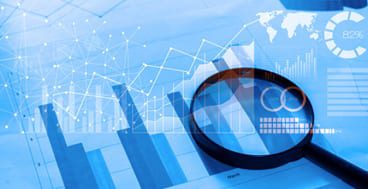 Information technology (IT) has become interwoven into all aspects of daily-task management throughout every sector/vertical market in society, including government entities. Risks change every day resulting from the need to keep certain ports open to the outside world for remote connectivity, combined with the continued rise of mobile handhelds that sync with messaging systems, allowing sensitive data to be stored locally on the phones. Additionally, government entities are utilizing a diverse spectrum of applications that open up networks to increased vulnerabilities.

With the proliferation and breadth of threats that continue to grow, governments are finding it increasingly difficult to establish a Unified-Threat-Protection (UTP) platform that offers a single point of automated security. Many of the most damaging infiltrations result from the presence of Malware, placed into an environment at some point in the past where it has remained dormant. Threats of this type have the capacity to propagate across a network, launching themselves during a point of vulnerability, such as post operational hours and/or through an exposed “hole” developed from an IT upgrade.

Efforts to establish protection include performing regular assessments that reveal base-line views into what applications are running on the network.  Detection of rogue installations (some inadvertent and others deliberate) are identified; instances of inadvertent comprises often involve unmonitored and/or unsecured wireless networks where edge-devices (tablet, pad, smartphone, etc.) connect and push-out unintended content that harms the enterprise network. Additionally, governments should institute a standards-based approach to evaluating and approving applications that have been deemed necessary for daily operations. Finally, protection-platforms should be maintained and updated at the highest level to ensure they are current, offering real-time remediation to avoid damaging outages in the future.

UTP platforms can be premise-based, in the cloud or a combination of both (hybrid). Having a UTP platform in the cloud can often identify, isolate and remediate issues before the threat has a chance to reach critical enterprise infrastructure. Maintaining internal protection adds a layer of defense to further filter harmful agents.

It is crucial for government entities to regularly engage (annually) in External-Penetration-Tests and Internal-Vulnerability-Assessments to assist management in determining where risks and compromises may exist.  Looking at outside-to-inside attacks will expose areas that should be “closed,” while a stringent review of internal communication policies will reveal procedural weaknesses that could potentially lead to significant security breaches.

For more information about network security and the steps you can take to protect your organization’s technology systems, contact me at cmangano@mercadien.com or 609-689-2339.